Home > Corporate information > Press Room > 2018 > EIB, EIF and ICO sign an agreement with Grupo Cajamar to provide over EUR 1bn to SMEs and the self-employed

EIB, EIF and ICO sign an agreement with Grupo Cajamar to provide over EUR 1bn to SMEs and the self-employed

The EIB Group, BCC-Grupo Cajamar and ICO are joining forces to ensure that SMEs working in rural areas and agri-food companies can access the credit they need to invest. With this goal in mind, the European Investment Fund (EIF) has provided a guarantee for a Cajamar securitisation (IM BCC Capital 1 Fondo de Titulización) for EUR 610m, EUR 325m of which will be backed by the European Investment Bank (EIB), part of which will be supported by the Investment Plan for Europe. ICO is contributing to this operation by purchasing EUR 283m of senior bonds. With this securitisation, leading light of the Spanish cooperative banking sector Grupo Cooperativo Cajamar will provide over EUR 1bn for the new investment projects of agri-food sector companies, SMEs and the self-employed operating in rural areas. 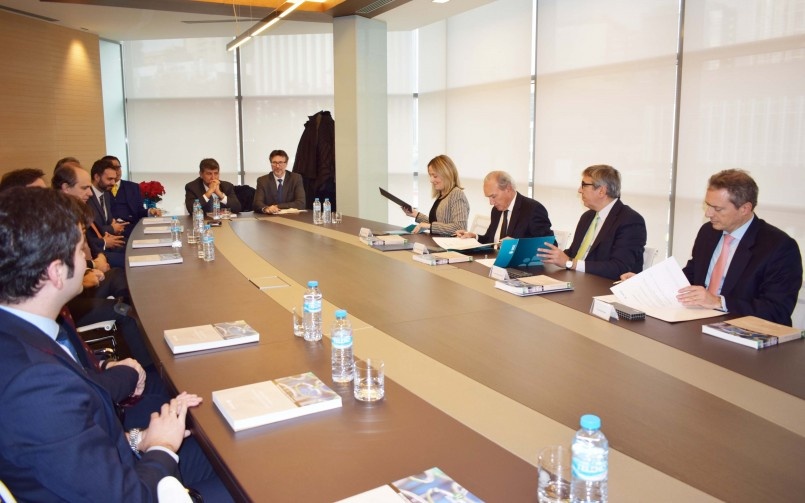 This is a very innovative operation for Spain, as it is the first cash securitisation from a Spanish entity to free up capital under the standard model, facilitating Grupo Cajamar's resource management via the participation of the EIB, EIF, ICO and a private investor. This operation leads the way for other Spanish organisations to mobilise resources in a similar manner, with the aim of helping to generate new financing for the real economy to benefit the self-employed and SMEs, which lie at the heart of the Spanish economy.

It is also supported by the European Fund for Strategic Investments (EFSI), as EUR 64m of the total guarantee granted by the EIB is being provided under the Investment Plan for Europe (commonly known as the Juncker Plan). This increases the EIB Group’s capacity to finance investment projects that, in line with the Plan’s criteria, involve activities which by their structure or nature have a higher risk profile but which foster firms’ competitiveness and create jobs. In concrete terms, the EIB calculates that this agreement with Grupo Cajamar will enable the favourable conditions of its financing, in terms of both maturities and interest rates, to be passed on to some 15 000 SMEs with a total of over 100 000 employees. 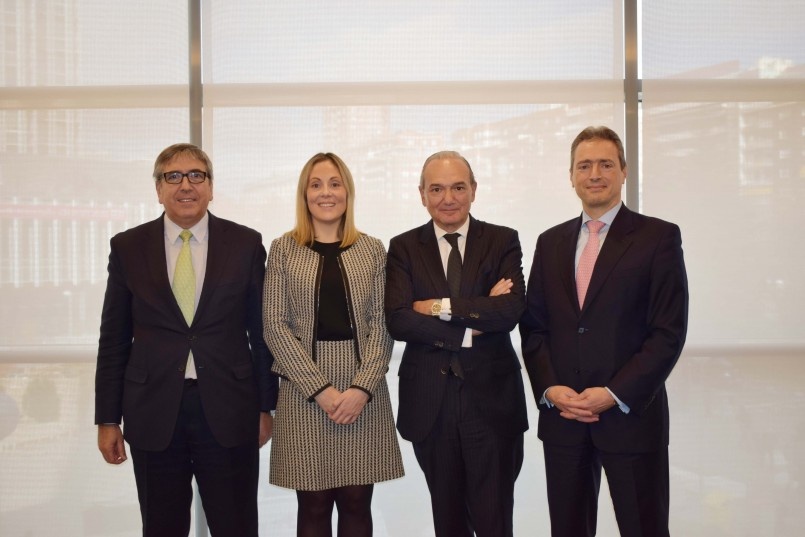 In the image from left to right: The president of ICO, José Carlos García de Quevedo; the vice president of EIB, Emma Navarro: the president of BCC-Grupo Cajamar, Luis Rodríguez, and the head of securitizations of FEI, George Passaris.

At the signing ceremony at Grupo Cajamar’s offices in Madrid, EU bank Vice-President, Emma Navarro, said: “The agreement signed with Cajamar enables the EIB Group to offer innovative financing, as this is a pioneering securitisation in Europe helping to optimise the resource management of a medium-sized finance company such as Cajamar. The agreement combines a joint participation of almost EUR 1bn of public and private investment with the aim of offering credit on favourable terms to businesses and the self-employed working in rural areas.”

EIF Chief Executive, Pier Luigi Gilibert, said: “Cajamar has undertaken to grant over EUR 1bn in new loans to SMEs, and we are very happy to support this steadfast ambition. Breaking down barriers to improve capital management and cut financing costs for the real economy is key to promoting growth. The EIF is very proud to partner with Cajamar to launch the first totally public securitisation transaction used by a leading bank to free up regulatory capital in Spain.”

Commissioner Phil Hogan, responsible for Agriculture and Rural Development, said:"With EUR 46 billion of additional investments mobilised in Spain, the Juncker Plan is already a success story in the country. This new agreement will bring EU support to small and medium businesses and entrepreneurs in rural areas, where a helping hand is much needed. The rural economy is a green goldmine and I'm glad that the Juncker Plan helps fulfil its potential."

Chairman of BCC-Grupo Cajamar, Luis Rodríguez, thanked “the EIB, EIF, and ICO, as well as the private investor, for their support for this innovative SME securitisation, whose main objective is to continue providing assistance to strategic productive sectors, and in particular agri-food companies, SMEs and the self-employed. These groups receive special attention and dedication from us, while we are also raising our solvency and liquidity levels even further, comfortably meeting supervisory requirements.”

ICO Chairman, José Carlos García de Quevedo, highlighted that “this is the first time that ICO has invested in a securitisation operation, thereby opening up a new avenue of cooperation with private banking, with a view to promoting the financing of the projects of SMEs and the self-employed. Operations such as the one signed today strengthen this public bank's commitment to driving financing options favouring business growth and job creation.”

This operation was advised by Banco Santander, the management company for Fondo Intermoney Titulización. As all of the bond tranches have been sold and guaranteed, the risk has been entirely transferred to investors, thereby reducing Cajamar's risk-weighted assets, with an estimated 36-bp improvement to its tier 1 capital (CET 1).

The European Investment Bank (EIB) is the long-term lending institution of the European Union owned by its Member States. It makes long-term finance available for sound investment in order to contribute towards EU policy objectives.

The European Investment Fund (EIF) is part of the EIB Group. Its central mission is to support Europe's micro, small and medium-sized businesses (SMEs) by helping them to access finance. The EIF designs and develops venture and growth capital, guarantees and micro-finance instruments that specifically target this market segment. In this role, the EIF fosters EU objectives in support of innovation, research and development, entrepreneurship, growth, and employment.

The Instituto de Crédito Oficial (ICO) is a corporate state-owned entity attached to the Spanish Ministry of Economy and Business. ICO has become a reference point for the financing of both SMEs and large investment projects. ICO contributes to business growth and job creation, supporting economic activities meriting promotion and development as a result of their social, cultural, innovative or environmental importance.

Grupo Cooperativo Cajamar is Spain's largest cooperative financial group, formed by 18 rural banks and Banco de Crédito Social Cooperativo, which acts as leading bank. In the first nine months of this year, newly signed credit operations increased to EUR 6.221bn, 63% of which were destined for SMEs and agri-food companies. Data as at 30 September indicates that it has 3.6 million customers, 5 540 employees and 1 029 offices, managed business volume of EUR 73.225bn and assets of EUR 42.718bn, a solvency ratio of 14.13% and a phased-in CET 1 ratio of 12.40%.

The Investment Plan for Europe, known as the Juncker Plan, is one of the European Commission’s top priorities. It focuses on boosting investment to generate jobs and growth by making smarter use of financial resources, removing obstacles to investment, and providing visibility and technical assistance to investment projects.

The European Fund for Strategic Investments (EFSI) is the main pillar of the Juncker Plan and provides first loss guarantees, enabling the EIB to invest in more projects that often come with greater risks. EFSI has already yielded tangible results. The projects and agreements approved for financing under EFSI are expected to mobilise more than EUR 371bn in investment and support some 856 000 SMEs in the 28 Member States.