Grupo Cajamar increases its performing loan book 9.2%, with a focus on corporates and the agri-food sector

The Group has supported customers affected by the pandemic with new financing and moratoria.

Results as of September 30 reflect the solid business evolutions, the decline in the NPL ratio and non-performing loans and the increase in capital, improving the solvency and CET1 ratios.

The strong business performance is reflected in the y-o-y increase of 15.5% in total assets to 52,690 million euros and the growth in total fundsby 12.2% standing at 86,594 million euros.

On-balance sheet customer funds grew by 15.4%, lifted by the increase of 25.2% in demand deposits, while off-balance sheet funds rose by 2.7%.

The increase in the lending activity pushed the year-on-year growth in performing loans to customers by 9.2% reaching 31,376 million euros, especially those to our strategic segments like corporates and agri-food, which rose by 20.4% compared to the same period last year, boosting the Group’s share of performing loans to retail customers to 48.7%.

Thanks to the assets and business volume evolution, Grupo Cooperativo Cajamar was ranked number 11 among significant institutions in Spain, and the entity of reference regarding the primary sector, with a market share of 14.78%, thanks to its knowledge of the sector, its capacity to offer an extensive range of specialised products and services, and the technical advising and knowledge transfer campaigns it carries on for businesses, cooperatives and producers.

Grupo Cajamar is also advancing in its differential performance as a cooperative bank committed to people, local communities and sustainable development and has achieved a new increase in its market share in deposits, which stands at 2.45%, and in credit, where it holds a 2.87% of share.

Supported by the net interest income growth, 2.2% year-on-year, which continues to be the main component of the gross margin, as well as the optimization of operating expenses, Grupo Cooperativo Cajamar obtained a consolidated net result of 14.6 million euros until September, 82.2% lower than the third quarter of the previous year, after improving the NPL coverage rate by 8.56 percentage points and placing it at 56.11%, including the extra provision of 75 million euros to reinforce coverage to face the effects of covid-19 on the economic activity of businesses and households.

The cost-income ratio stands at 51.9%, reflecting the 1.14% reduction in operating expenses relative to average total assets.

Grupo Cooperativo Cajamar continues cleaning up its balance sheet and improving its coverage on credit risk. The NPL coverage ratio is now at 56.11%, 8.56 percentage points higher than one year ago, and the non-performing asset (NPA) coverage ratio improved to 55.58% -including debt forgiveness in the foreclosure procedure-, 4.76 points stronger than in the same quarter of the previous year.

There was also progress in the management of total non-performing assets, which declined 17.2% with respect to the third quarter of the previous year (€364 million lower), bringing the NPL ratio down to 5.11%.

The phased-in capital ratiostands at14.74%,the CET 1 ratio improved to 13.06% on a phased-in basis and to 12.46% in fully loaded terms. In this context, it exceeds the levels required by the supervisory authority with high-quality eligible capital and a buffer over the solvency requirement of 424bp and €979 million.

Grupo Cooperativo Cajamar has a comfortable level of wholesale funding and a solid liquidity position with available high-quality liquid assets of €8,718 million, a liquidity coverage ratio (LCR) of 120.65% and a net stable funding ratio (NSFR) of 127.18%, thereby complying with the limits mandated by the European Banking Authority. It also has maturities covered over the coming years, unhindered access to markets and is well placed to generate liquid assets as it has the capacity to issue up to €3,045 million in mortgage-backed securities. 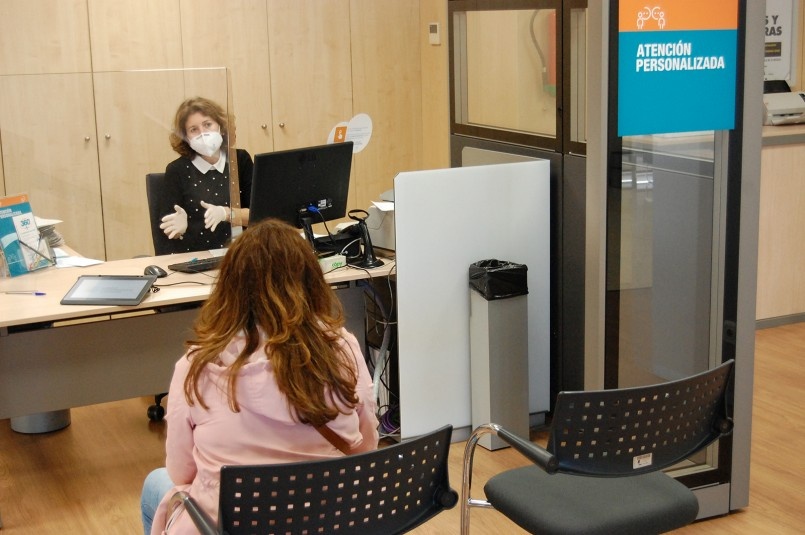 Grupo Cajamar's commercial activity provides services and products of value to its more than 3.5 million customers, who are tended to by 5,465 staff members across 926 branches and 142 agencies.

In relation to its plans for expansion and new branch openings, Cajamar has broadened its presence in Galicia, the Basque Country and Extremadura with the opening of three new branches in Lugo, Vitoria (Álava) and Plasencia (Cáceres).

The cooperative bank Cajamar is pursuing intense activity to manage the covid-19 crisis, helping to finance and provide liquidity to corporations, SMEs, the self-employed and households in the communities where it operates, in line with the mission, values and principles of the 18 credit cooperatives and the Cooperative Social Credit Bank that make up its financial group.

According to the data at 30 September, it has managed debt moratoria of 825 million euros for its customers and special covid-19 financing for an aggregate of 2,379 million euros. In addition, it has promoted and collaborated with social welfare initiatives with other institutions and non-governmental organisations.

Grupo Cajamar continues working to transfer knowledge to the agri-food sector through its Agri-Food Knowledge Community, in which 6,354 persons have enrolled, an increase of 51% from the previous year. Cajamar also conducts research, studies and testing at its experimental centres in Almería and Valencia, which have been visited by 833 visitors in the year to date. It also organised 14 knowledge transfer and in-person training activities, attended by 1,333 people, and after the outbreak of the pandemic a further 33 online courses and conferencesfor its Agro DNA community with another 2,857 participants.