Luis Rodríguez: “We champion the function of cooperative banks in the crisis and their contribution to the recovery”

In his address to the Annual General Meeting of Shareholders held today in Madrid, Luis Rodríguez, chairman of BCC-Grupo Cajamar, has recalled that the mission of cooperative banks, in good and in bad times, is to provide financial solutions to their members and customers: contributing to the social progress of people and the welfare of families and supporting the activities of businesses, the self-employed and professional groups. These aims are pursued “through a strategy based on principles of cooperation, a social economy and sustainable development, pillars that differentiate, define and are the backbone of our model of cooperative social banking”. That is precisely why it is now, “when faced with a health and socioeconomic crisis of this magnitude, that our mission achieves its full meaning and must serve as the north star for our decisionmaking and day-to-day activities”, he underscored.

Unlike the downturn in 2008, this crisis did not stem from economic or financial malpractice; this time it is not banks that will be rescued, it will be families, the self-employed, SMEs and businesses. “Banks, lenders and other financial institutions are now part of the solution and, with the support of government and regulators, we have from the very first day been financing the economy, supporting our customers, providing liquidity and funding to the economy's productive fabric, to our businesses, SMEs and independent contractors to lighten the impact of what began as a health crisis and has mushroomed into an unprecedented economic and social crisis”.

In this scenario, “beyond the income statement we will report at year-end, this crisis allows us to prominently display our sensitivity as a cooperative bank and reinforce our vocation of serving people and the economy in general”. So “we will remember this year for the scale of our financial commitment to contributing to the stability of households and recovery of the nation's economy”.

In this time of great hardship and economic and social challenges, “in our Bank and in Grupo Cooperativo Cajamar we champion the role of cooperative banking. The contribution of banking cooperatives to a more social and prosperous economy has also been underscored in other times during our century of existence, in connection with different economic crises, catastrophes and natural disasters. And this has always been and is today possible because at all times our credit cooperatives enjoy the trust of their members and customers, who are mindful of the role our member entities play in sustaining the recovery in their areas of action”, he concluded. 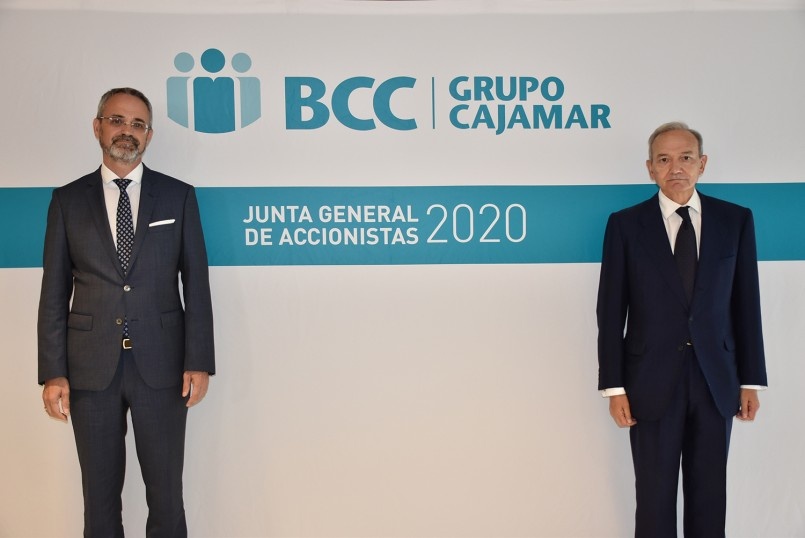 Manuel Yebra: “We have the capacity and the resources to support the productive economy in this crisis”

For his part, the chief executive officer of BCC-Grupo Cajamar, Manuel Yebra, when discussing the difficulties of the global and national economic context for the activity of financial institutions, has said that “given the deterioration of business activity and rising unemployment, we have difficult days ahead of us, especially in the second half of the year, but we are prepared, determined and have the resources to support the productive economy”.

He then went on to give a detailed description of the financial work of the Cajamar cooperative bank in connection with the crisis, as borne out, using figures updated to 21 May, by 8,942 moratoria and 20,731 liquidity and support transactions for retail customers, independent contractors and businesses involving an aggregate of €1,491 million.

Manuel Yebra explained that the coronavirus pandemic has disrupted how the commercial activity is conducted and depressed revenues at financial institutions. Accordingly, for year-end the sector foresees a decline in earnings and rise in non-performing loans, the scale of which will depend on the level of defaults by businesses and households despite the measures being taken to mitigate the scope of this economic and social situation. “In our case we do not project a significant increase in non-performing loans this year, given that most of our lending is concentrated geographically in the part of the country that have been affected the least and the relatively important weight in our loan book of the agrofood sector, which has been hit less hard than other industries”.

The shareholders have approved the directors' report and the individual and consolidated annual financial statements, as well as the sustainability report and statement of non-financial information for 2019. Approval was also given to the proposal to seat new members on the Board of Directors, Ana Núñez Álvarez and Luis Fernández-Revuelta Pérez, both as independent directors. Their appointment will take effect when the requisite authorisations and entry in the register of senior officers have been obtained.

Pursuant to the recommendation of the European Central Bank and the prudence principle, the general meeting also resolved to suspend dividend payments until at least this coming October.

Given the restrictions on inter-province travel imposed under the current state of alarm, the general meeting was held online at the Bank's head offices on the Paseo de la Castellana. As for the entity's officers, the only ones present were the chairman Luis Rodríguez, chief executive officer Manuel Yebra, and the head of the Audit Committee Amparo Ribera; non-director secretary Francisco de Borja Real Asua Echevarría was also present. 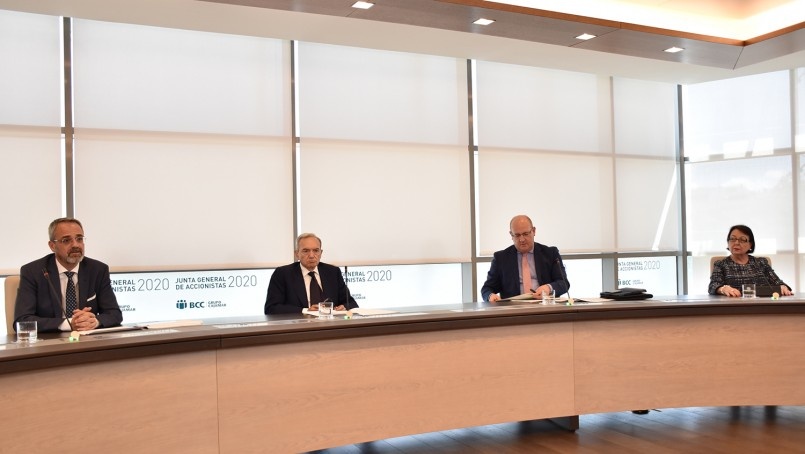 Annex: Profile and CV of the new directors

Ana Núñez Álvarez (Madrid, 1967). A law graduate from San Pablo-CEU University in Madrid, Ana has a certificate from IESE-Universidad de Navarra having completed a bespoke Asset Management, Capital Markets and Finance programme designed for AB Asesores. She began her career in London in 1989 as an equities analyst-broker at Carnegie International. In 1991, she returned to Madrid and joined AB Asesores' equities team. After eight years with that company, she had reached the position of head of the equity sales desk for Spanish financial institutions and the primary market product origination desk. After AB Asesores was acquired by Morgan Stanley in 1998, she joined the bank in London in the capital markets department as director of equities products for insurance companies and pension funds in Spain. In 1999 she moved to Merrill Lynch's capital markets department as director of the fixed income desk until 2008. Her final role at Merrill Lynch Bank of America was as a capital markets specialist in the wealth management department (2008-2011).

Between 2011 and 2015, she occupied the post of director of institutional relations and project management at the Madrid Down Syndrome Foundation, contributing to a project to professionalise the institution to ensure its long-term sustainability. In March 2016, as founding partner she established the Inuit Foundation: a non-profit organisation where she now works. This foundation's goal is to create social impact by bringing a new approach to managing the donations of individuals and companies.

Luis Fernández-Revuelta Pérez (Almería, 1966).Full Professor of Finance Economics and Accounting at the Universidad de Almería, where he headed the Financial Economics and Accounting area. Luis has proven experience in managing programmes and projects, having served as director of research projects and groups such as the Marie Curie Actions “International Research Exchange on Cooperatives”, funded by the European Commission, and as elect Spanish representative of the European Accounting Association.

He earned a Doctorate in Economics and Business Studies, specialising in Financial Economics and Accounting, and worked as professor at the Universities of Sevilla and Granada (1989-1994) and the Universidad de Almería (since 1995). Over the course of his professional career he has directed and taught students in doctoral and master's programmes at universities in Spain and internationally, prominently including the Master’s in Accounting, Master’s in International Business, Master’s in Finance and Accounting and the MBA at the Universidad de Almería.

Since 2006 he is a master’s and “In Company” professor at the IE Business School (Madrid), where he teaches master's classes and training programmes in different countries with special focus on executives of companies and financial institutions.

Luis has taken part in various business entrepreneurial projects that have spawned four university/business tech-based companies. He has also worked as a consultant in the strategic planning area and management control systems, having worked for different public and private entities, as well as in the Asian Development Bank (ADB) Project “Preparing Outer Islands for Sustainable Energy Development” as consultant-expert on economic and financial aspects (2014-2015).