Grupo Cajamar profit declines 61.2% after allocating €75 million to reinforce coverage for the covid-19

On-balance sheet retail funds grew 11.9%, with demand deposits rising 20.6% and off-balance sheet funds by 2.6%. Grupo Cajamar continued providing financing to its customer base with real year-on-year growth in performing loans to retail banking customers of 6.2% to €30,623 million, with 47.5% of that amount going to its strategic sectors of businesses and agri-food, to which it boosted its lending by 16% with respect to the same period of the previous year.

By business volume, Grupo Cooperativo Cajamar ranks 11th amongst significant institutions in Spain, and remains the go-to bank for the agricultural sector, recording new gains in its national market share in the primary sector, up to 15.23%, thanks to the relationships it maintains with all agents in the sector, its extensive range of specialised products and service, and the technical advising and knowledge transfer campaigns it carries on for businesses, cooperatives and producers. 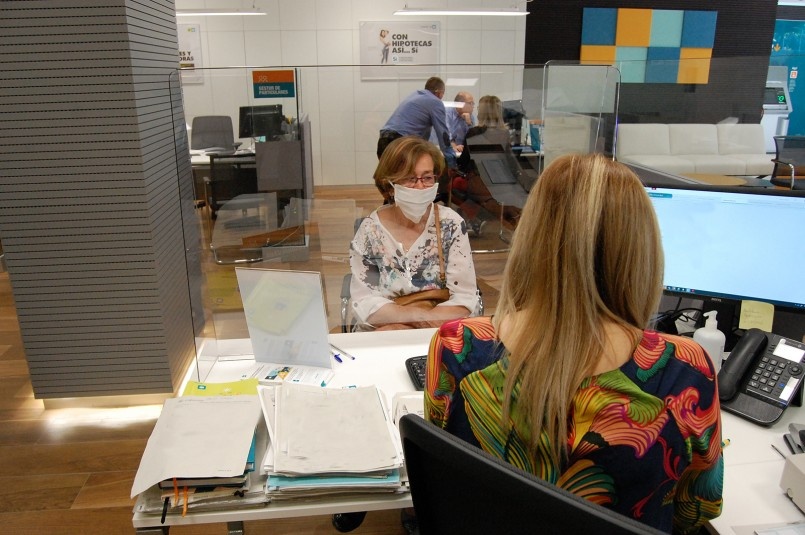 It continues improving its market shares in the Spanish financial system, both in the investment segment, with 2.93%, and deposits, where it holds a 2.34% share. These gains are buoyed by its differential performance as a cooperative bank committed to people, local communities and sustainable development.

Driven by the increase in business volume and in gross revenue, and the reduction in operating expenses, amongst other factors, Grupo Cooperativo Cajamar recorded consolidated net profit of €18.2 million through June, 61.2% less than the figure for the first half of the previous year, after provisioning of 75 million euros to reinforce coverage anticipating the effects of covid-19 on the economy activity of businesses and households.

In an unfavourable interest rate environment, the Cajamar cooperative bank increased its net interest income, thanks to savings in finance costs and an increase in recurring gross income of 10.4% YOY. Nevertheless, gross income declined year-on-year by 7.9%, due to the lower extraordinary results obtained in its trading income.

Savings in administrative expenses, which declined 2.4% year-on-year, contributed to improving the recurring cost-income ratio by 7.2 percentage points, to 57.1%.

Grupo Cooperativo Cajamar continues shoring up its balance sheet and coverage of credit risk. In the first half of the year its credit quality improved with €75 million of provisioning to increase that coverage. The NPL coverage ratio thus increased to 55.65% and boosted the non-performing asset (NPA) coverage ratio to 54.83%.

There was also continued progress in the management of total non-performing assets, which declined 18.1% with respect to the second quarter of the previous year (€401 million lower), paring back the NPL ratio by 1.45 percentage points to end the quarter at 5.39%. In addition, the volume of gross foreclosed assets dropped 4.6% thanks to sales of €427 million, while the foreclosed assets coverage ratio moved to 54.34%, factoring in debt forgiveness in foreclosure proceedings.

Between January and June of 2020 Grupo Cooperativo Cajamar continued to enjoy a comfortable solvency and liquidity position. The phased-in capital adequacy ratio stands at 14.60%, the phased-in CET 1 ratio improved to 12.94% and the fully loaded ratio increased to 12.35%. This amply exceeds the levels required by the supervisory authority, with surpluses over the solvency requirement of 410bp and €957 million.

Cajamar enjoys a comfortable level of wholesale funding and a solid liquidity position with available liquid assets of €6,967 million, a liquidity coverage ratio (LCR) of 258.98% and a net stable funding ratio (NSFR) of 126.67%, thereby complying with the limits mandated by the European Banking Authority. It also has maturities covered over the coming years, unhindered access to markets and is well placed to generate liquid assets as it has the capacity to issue up to €3,075 million in asset-backed securities.

In the second quarter of the year, Grupo Cajamar has amortized the remaining amount of financing from the ECB through TLTRO2, financing that has been replaced by three provisions of TLTRO3, maturing between December 2022 and June 2023. The last provision was made in June 2020 for an amount of 5,816 million euros, bringing the total financing through the TLTRO3 to 9,482 million euros. The purpose of this decision is to maximize the financing obtained in this way, taking into account reasons of opportunity, thus benefiting from the cost of up to -100 bps. 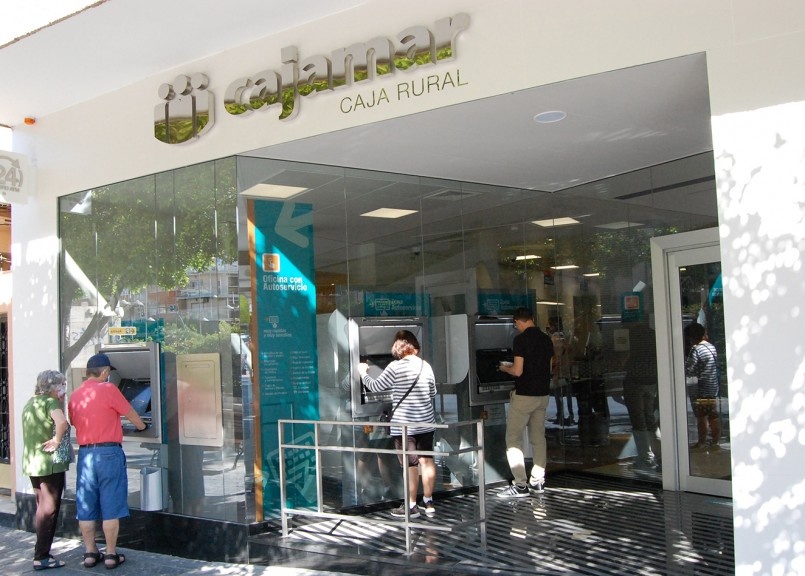 Grupo Cooperativo Cajamar's commercial activity places the customer's experience at the front and centre of its business, providing services and products of value to its more than 3.4 million customers, who are tended to by 5,448 staff members across 930 branches and 141 agencies.

Cajamar continues its plan to open new branches and expand its activity in communities where it has a smaller presence. Along these lines, in the second quarter it opened two branches, one in Lugo, its fifth in the region of Galicia, and another in Vitoria, thus kicking off its activity in the Basque Country.

The cooperative bank Cajamar is working hard to manage the covid-19 crisis, helping to finance and provide liquidity to corporations, SMEs, the self-employed and households in line with the mission, values and principles of the 18 credit cooperatives and the Cooperative Social Credit Bank that make up its financial group.

In the second quarter of the year it thus managed 11,061 debt moratoria totalling €811 million and 25,452 Covid-19 lending transactions for an aggregate of €1,765 million, thereby delivering solutions to those facing difficulties when production and commerce ground to a halt.

In addition to collaborating on social welfare initiatives with other institutions and non-governmental organisations, Grupo Cajamar continued promoting the transfer of knowledge gleaned from research, studies and tests at its agri-food experimental laboratories in Almería and Valencia, which have been visited by a total of 825 professionals in the year to date. It also organised 16 knowledge transfer and training activities, attended by 1,178 people, and after the outbreak of the pandemic a further 14 online courses and conferences for its Agro DNA community with another 1,285 participants.